Are Punitive Damages Ever Awarded In Civil Lawsuits? What Is The Criteria? 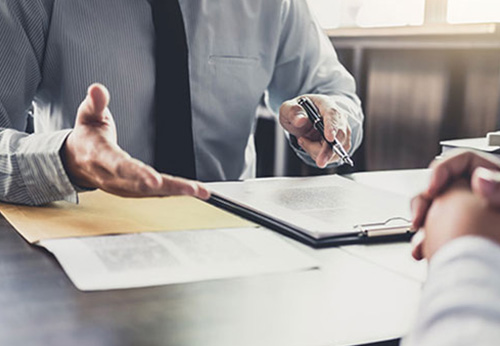 Punitive damages are those that are awarded by the jury on top of economic damages. They are awarded at the discretion of the jury when it determines the defendant’s conduct was outrageous, reckless and/or grossly negligent. Punitive damages are available in personal injury cases. Some scenarios where this can occur are when workers, (either direct employees or contract workers) at chemical plants or refineries are injured by an explosion or a fire; or people who are injured or killed in auto accidents, or when people who are injured by occupational exposure to hazardous chemical. The jury must find that the defendant acted very recklessly, grossly negligent or with reckless disregard to the safety of the plaintiff and public at large. The thing to keep in mind for an attorney and a client when presenting a case in which they want punitive damages, they have to get a unanimous jury verdict. Everyone on the jury has to agree that punitive damages should be awarded and the jury sets the amount based on the evidence presented.

So there are certain hurdles or requirements that the law puts on recovery of punitive damages. Experienced and qualifies attorneys know how to present that evidence and present the case in a way that inflames the passion or the emotions of the jury on behalf of the plaintiff. That’s when you get very large jury rewards. Many people think back to the McDonalds coffee cup case where a lady was given a very hot cup of coffee, she sat it down between her legs and the top of the cup was taken off. This allowed the very hot coffee to spill on her legs and crotch. She was awarded punitive damages in addition to the economic damages. In that case, the economic damages were the cost to treat her medical injuries including the cost of plastic surgery. The non-economic damages, the punitive damages were for her mental anguish, her pain and suffering. In that case issue was the temperature of the water. The expert who testified on behalf of McDonalds said this was just an economic analysis: McDonalds always brewed its coffee at a very high temperature because the higher the temperature the more flavor is extracted from the coffee beans, thus the less coffee beans have to be used. So when you spread the cost of coffee beans over all of the restaurants, and the amount of money that is made from coffee sales, it was more economical for McDonalds to keep the temperature very high and just pay settlements to people who were injured by spilled very hot coffee.

The other fact that was presented in that case was McDonalds brewed its coffee at about a 150-degree Fahrenheit,(water’s boiling point is 220-degree Fahrenheit).Significant damage to skin occurs in the 130-to-140-degree temperature range. So 150 is definitely in the range where people then get seriously hurt if that hot water gets on their skin. And the expert for McDonalds testified lowering the water temperature didn’t make any sense economically, because it was cheaper just to pay settlements. Once that information was presented in that way, the jury did not like that. The jury awarded $2.7 million in punitive damages, which was the amount of two days of McDonald’s coffee says.

It’s important to know and understand human nature and how jurors respond to certain information. In almost every situation where large damage awards are rendered by a jury, the cases will be appealed. Appeals normally take 1-3 years to resolve. During appeal, post-trial settlement negotiations go on. The amount of money that’s actually paid after negotiations is typically significantly less. The plaintiff usually chooses to get their money sooner so they can move on with their life, as opposed to going through the time for appeals. Sometimes you have to go have a second trial and that takes even more time. So as a matter of expediency and practicality, a lot of excess damage awards are ultimately less, the amount paid is less than the amount awarded, but not always.

There are currently several very large jury awards pending on appeal in Texas. In October 2021, a Houston jury awarded $352 million to an airport employee injured by the aviation fuel contractor.

In November 2021, a jury in Titus County, Texas rendered a total award of $730 million to the survivors of Toni Combest, a 73-year-old great-grandmother who was killed in a 2016 collision with an oversize-cargo truck hauling a propeller for a U.S. Navy nuclear submarine. That jury award was $480 million in compensatory damages and $250 million in punitive damages, making it one of the largest wrongful-death verdicts in the nation.

The contractor had specially built this submarine propeller, it was put on a flatbed trailer and it was being transported to the shipyard where it was going to be installed on the submarine. This is large submarine, it’s a government contractor, it’s a very expensive item. Because of those facts, the jury was told that the contractor, the manufacturer, the transporter, the US government, everybody involved should have known better than to transport this propeller in the way they did. And because of some unique geometric and special facts on the roadway where this lady was, her vehicle just was in a wrong place at the wrong time and this massive propeller cut off the top of her car instantly killing her.

So there was no medical treatment, there were no hard economic damages but because the attorney was so effective at presenting this information in a way that made the jury understand the defendant should have known better, a punitive damage award was rendered in excess of $700 million.

Both of those cases are currently in the Texas Supreme Court and we will see how these appeals are handled and how those awards are either held up or diminished. But those are examples of when punitive damages are awarded.

For more information Civil Claims Lawin Texas, a free initial consultation is your next best step. Get the information and legal answers you are seeking by calling (713) 714-0073 today.

Get Help Now
Home » Are Punitive Damages Ever Awarded In Civil Lawsuits? What Is The Criteria?