CROWD SURGE : Liability for Injury or Death from Crowd Surge 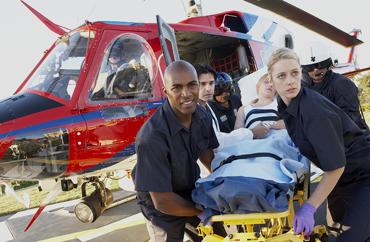 Recently and extending back decades, thousands of people have been injured or killed in concert or other event venues due to poor crowd control. Most could have been avoided if the parties involved had taken proper steps to safeguard eventgoers. On Friday Nov. 5 at the Travis Scot Astroworld concert in Houston, poor crowd control was apparent at 2 p.m. when hundreds stormed through a VIP entrance gate with token resistance from mounted police and private security guards. Later at 9:15 p.m. a crowd surge caused eight deaths and hundreds of injuries while the concert continued until 10:15 p.m.

As a ticket holder to an event or concert, you have agreed to certain conditions in exchange for being admitted into the venue (orderly conduct, adherence to venue rules). By the same token, the concert or event holders have undertaken a duty to take reasonable measures for your safety while attending the event (crowd control, premises safety). Despite any fine print connected to a ticket purchase, ticket holders never give up their right to reasonable protection from bodily or personal injury while at the venue. In fact, under Texas law, premises owners or possessors that invite you onto property for business purposes (concert) owes you a duty to protect you from unreasonable risk of harm, injury, and of course death. Wrongful death is perhaps the most serious charge that can be asserted under Texas civil law.

Often concert and other event organizers retain private security contractors to handle a venue’s security needs. Those who design and implement a security plan take on a great responsibility. Their plan must protect property, attendees, and other people on the premises. Someone must observe, monitor, and control the crowd in accordance with the plan and local fire code regulations. In today’s world of music concerts, a plan must protect against injury or death from dangerous crowd activities such as jumping in a mosh pit, stage diving, crowd surges, crowd surfing or similar crowd activities. Regardless of who assumes these duties, when an artist, venue, security company, and/or event or concert organizer fails to take adequate and reasonable steps to safeguard attendees or patrons at an event or concert, they may face legal liability for personal injury and wrongful death claims by victims. The list of legal theories include negligence, gross negligence, premises liability, and breach of contract claims.

Victims may be entitled to recover economic damages including: past and future medical expenses, as well as lost wages and earning capacity. Victims may also be entitled to recover non-economic damages including: physical and mental pain and suffering, physical impairment and disfigurement, mental anguish, loss of consortium, and general diminishment of their enjoyment of life. Depending on the facts and circumstances leading to the injury or death of attendees, victims may also be entitled to awards of punitive damages on top of other recoverable damages.

No matter the circumstances, injured persons should seek medical treatment immediately from a licensed professional. Anyone injured while on a business premise or while attending a concert should retain a copy of all medical records, expenses incurred, and other evidence of injury suffered. In every death case, an attorney will close by telling the jury no amount of money can truly compensate for a horrific injury or tragic death of a loved one. Persons who have been injured or killed as result of a crowd surge or other calamity at an event, should seek legal counsel as soon as possible to preserve your rights to recovery. Personal injury claims carry statutes of limitations that prevent bringing claims against potentially liable parties after two years from the event. Owners of premises or security contractors should notify their general liability insurer as soon as possible.

The attorneys at Marcum P.C. can help plaintiffs evaluate the potential basis of their personal injury claim and if indicated, help pursue the compensation the plaintiff is entitled to receive under the law.

Alternatively, the attorneys at Marcum P.C. have over 23 years of experience defending corporate entities and private contractors from premises liability and negligence claims such as these. We can develop a fair and effective presentation of evidence that will mitigate liability as much as possible under the law and prepare the case for negotiated settlement.